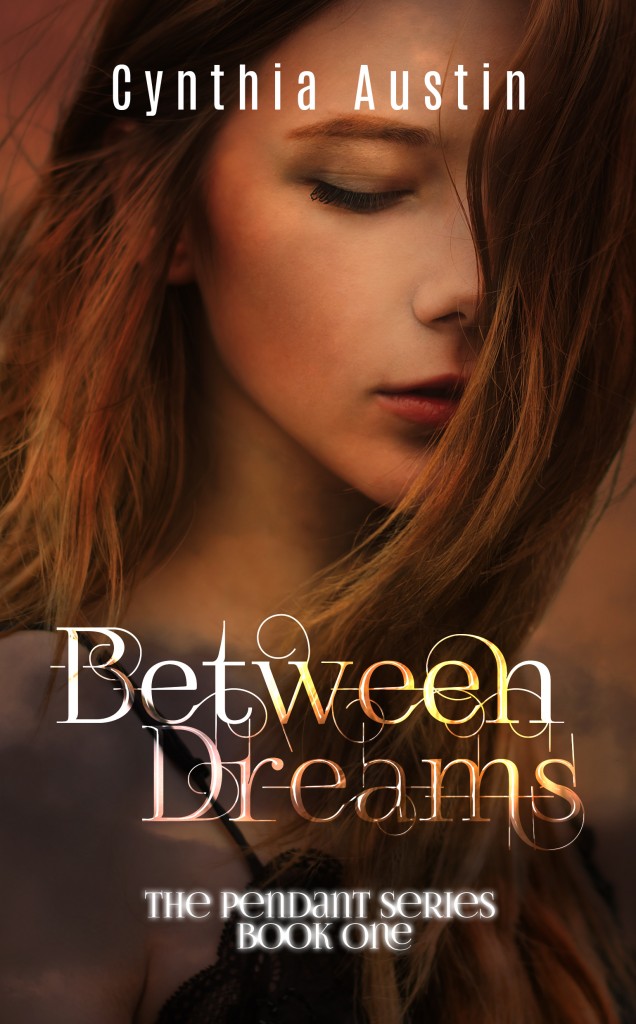 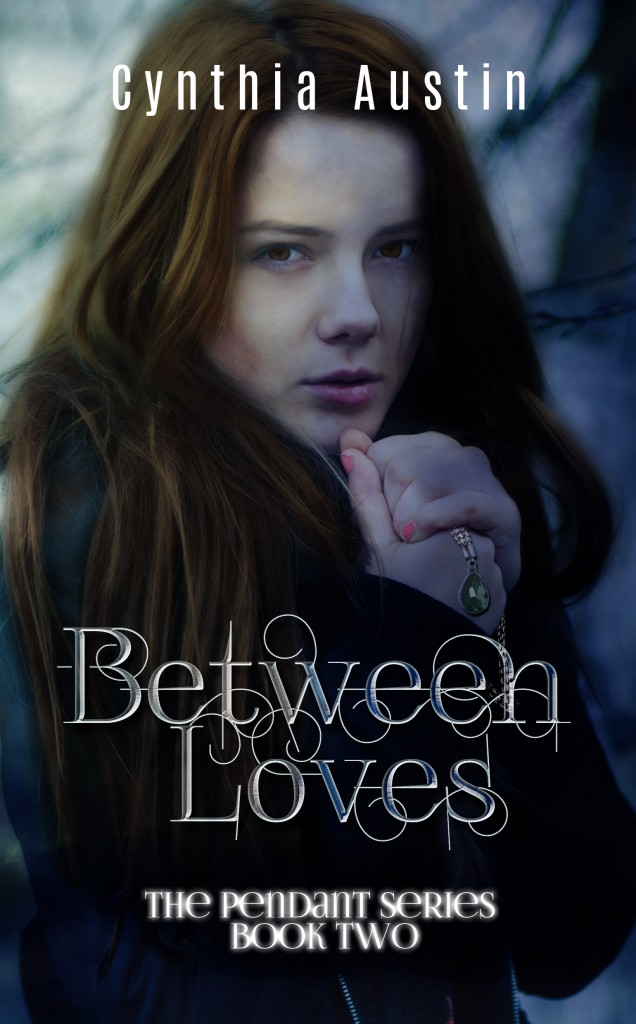 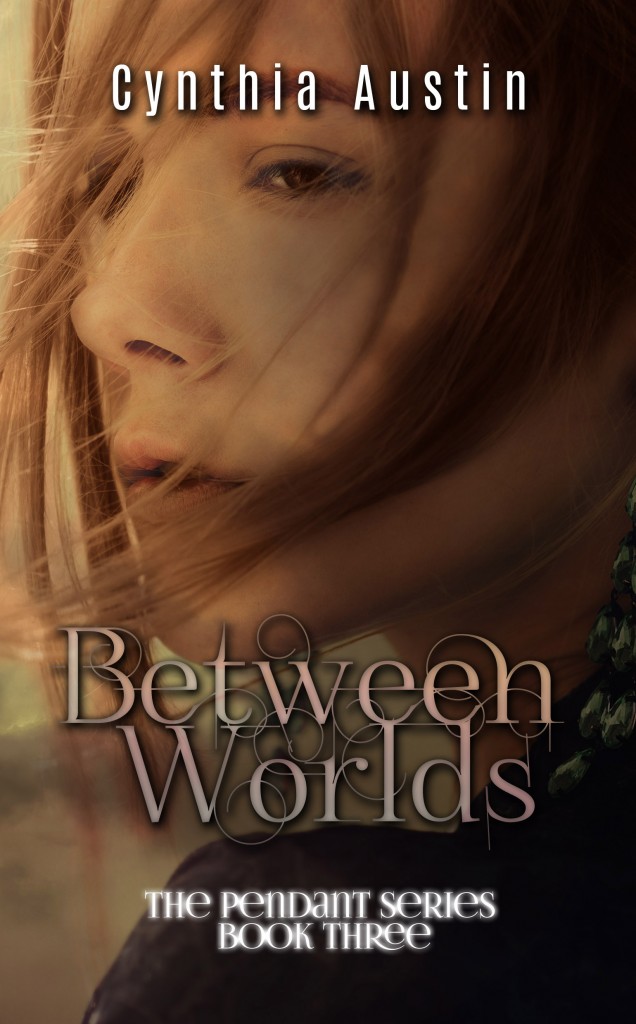 A handsome rock star boyfriend, a closet full of designer clothes, a limousine service at her beck and call, and a mansion in the hills of Los Angeles.

Even with all that glamour and excitement at her fingertips, she still feels as if she’s been missing something in her life so she decides to leave.

While trying her best to put her dysfunctional romantic relationship aside and tend to her beloved Granny, Sidney unexpectedly stumbles upon an intriguing emerald pendant boxed away in her grandmother’s closet.

Soon she learns it once belonged to her long-lost mother who committed suicide when she was just a baby. Suddenly feeling emotionally connected to the woman who had birthed her, Sidney begins to wear the necklace.

Almost immediately, she starts having dreams linked to the mysterious pendant. As danger begins to seep into her life, Sidney refuses to remove the necklace and instead documents each dream to help her further understand them. However, she soon begins to wonder if they are dreams meant to bond her to a mother whom she never knew?

Or a subconscious warning that threatens her very life?

Her unfaithful rock star boyfriend, Ray Ryker, may have some competition in a handsome young stranger, Adrian McAllister, who she first only imagined in her dreams.

The thing is, he’s no longer a fantasy. He’s now not only involved in her thoughts but her everyday life as well.

Sidney finds herself in a romantic overload as she tries to choose between the boy she’s known since high school, or the exotic presence with shining green eyes who takes her breath away.

Until, she is attacked in her backyard, and someone’s murdered…

While trying to uncover the identity of the mysterious killer she can’t help but wonder if the handsome stranger may have had something to do with it.

It doesn’t take long for Sidney to realize she doesn’t trust either of the men in her life, not Ray, her adulterous boyfriend, or Adrian, the green-eyed charmer.

Now she finds herself having to weave her way through the web of lies confronting her at every turn.

Or she could be the next to die…

Just when her romantic life was finally starting to settle in, Sidney Sinclair is buried in an emotional meltdown…

Sidney tried to dismiss the mysterious Adrian McAllister once and for all, but instead found herself falling in love with him, despite her relationship with Ray Ryker.

On the search to find her boyfriend Sidney begins to rely on Adrian even more. Causing her heart to bounce back and forth between the two men leaving her confused and emotionally exhausted.

But there is one question that trumps them all “Which world is real?”

When the murderer of her beloved friend is finally revealed, Ray is found to be the next on the fatal list causing Sidney to choose between the two men.

In a life or death struggle with the two men who mean the most to her, she’s left having to choose between Ray’s life, or the addictive Adrian who will do anything to possess her forever…

Sidney graduates high school and is about to embark on new life, along with her soon-to-be rock star boyfriend, Ray Ryker. It’s the dream life so why does regret fill Sidney’s heart? Then she gets word her grandmother, who raised her, had a stroke and needs care. Sidney leaves Ray in L.A. and becomes primary caregiver to her grandmother. Ray resents her leaving and Sidney doesn’t know what to do.

One day, she and her best friend are going through her grandmother’s closet. They discover a green pendant. Sidney knows in an instant this necklace belongs to her deceased mother, the one she knows practically nothing about. The necklace is her one connection to her mother and puts it on.

As a first book in the series, I found it to be well-written with plenty of suspense and mystery. I loved the mystery surrounding Adrian and I spent most of the book trying to figure out what he was. Was he a demon, Lucifer, vampire, ghost or something else?

Two things really bothered: the author’s romanticizing of smoking (mystery man Adrian smokes) and the abrupt ending. If Mr. N had been reviewing this book, he would’ve given it a -500/10. Both of us had fathers who smoked and died at an early age. In this day and age, I find it irresponsible of both the author and the publishing company to promote smoking in this way to youth and adults alike.

I hate endings that just up and end. I’m all for cliff-hangers in books but to just end it like that was horrible and made me want to throw the book out the window. I know it’s a big trend in books to have serial books have an abrupt cliff-hanger (to get readers to buy the next one to see what happens) but I really don’t care for it.

There are spoilers I can’t reveal here but I’ll give you my thoughts.

Book 2 picked up right after where book 1 left off, which I appreciate as a reader. There’s an accident and Sidney is left to wonder who is responsible. Ray sticks by her side, at least for awhile. Adrian shows up when no one is around, which heightens my suspicions about him.

Let’s talk about Ray. Now I know Ray is fresh out of high school but he’s such a controlling, manipulative bastard that I have a hard time rooting for him. I have to continually curb my urge to scream at Sidney to just leave him.

Adrian, on the other hand, is alluring, mysterious and we get to know him much better in the dreams Sidney has. It doesn’t take much to add it up and the retelling of the Adam and Eve story is a cool twist I didn’t see coming. Adrian reminds me a lot of Angelus from Buffy the Vampire Slayer.

Poor Sidney. The more time she spends with Adrian, the more she falls in love with him. They call that a love triangle, although if I was her, I’d go for door #3. Just sayin’.

Like in book 2, this book picks up right where the previous book left off. I won’t reveal spoilers but let me just say that this book is the best of the three.

Sidney has to make a choice but the choice she makes will change the lives of many. Her dreams ramp up and suddenly, her dreams are playing out in her life… for real. The curtain between fantasy and reality falls, only Sidney doesn’t realize until it’s almost too late.

Will she choose Ray (who’s missing) or Adrian (seductive dreamy man and exact opposite to Ray) and will her choice lead to certain death?

Filled with high stakes and higher emotions, the conclusion to the Pendant series left me gasping. I was an emotional wreck after I finished it and that credit goes to Cynthia Austin. She plunges the reader inside Sidney and trust me, you feel everything she goes through.

Cynthia Austin lives in Northern California with her husband, two boys, and Olde English Bulldogge named Count Dogula. They love all things horror, gothic, and Victorian which prompts her friends to dub them as "The Adams Family."

She is an avid reader who may be slightly obsessed with music. She hears music in a way that she believes the artist intended it to be heard: visually, with a storyline that follows. Listening to the songs by her favorite artists, she was inspired to write her first series titled "The Pendant."

Cynthia has been published twice in The Writer's Monthly Magazine as well as the online news site, Yahoo! Voices. She currently attends Diablo Valley College, in Pleasant Hill, California, where she is working to achieve her degree in English.

Where The Boys Are: Murder, Martinis, and Mayhem... Boys will be Boys by @CMurphyBooks #lgbtq #books